Microalgae are among the first living organisms to have appeared in the Earth’s oceans, approximately three billion years ago. It is believed there are tens of thousands to hundreds of thousands of species of microalgae on the planet today.
Microalgae are small, single-celled organisms with a diameter of about 10 microns that grow by division. Microalgae contain chlorophyll and, similarly to plants, they assimilate atmospheric carbon dioxide (CO2) to produce oxygen (O2) through the process of photosynthesis. 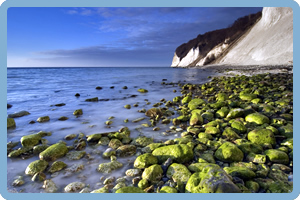 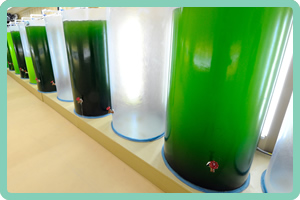 We are conducting research to understand the characteristics of various microalgae and to use those characteristics to develop products that can be useful in our daily lives. This research is ongoing through a collaborative project with the National Institute of Technology and Evaluation, Biological Resource Center. This collaborative research project will enable us to utilize many species of microalgae in various applications, without being limited to one species of microalgae.
We are working on various applications, for example, cosmetic ingredients and health-food ingredients. 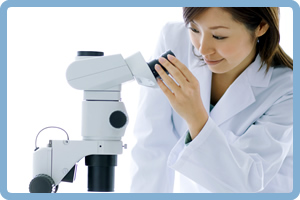